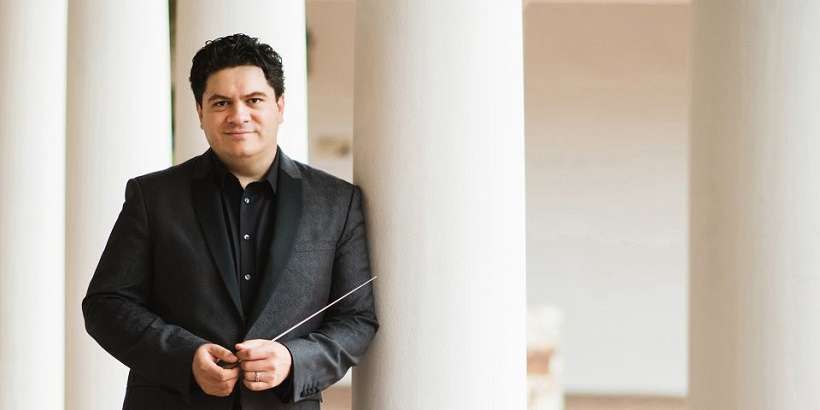 Cristian Măcelaru has been directing WDR since the 2019-2020 season. The following season, he accepted the post of music director of the Orchestre National de France in Paris. He is the music director and conductor of the Cabrillo Festival of Contemporary Music, the world's leading festival dedicated to contemporary symphonic music.

Cristian Măcelaru was born in Timișoara, Romania. As the youngest of ten children, he received violin lessons at an early age. His studies in Romania eventually brought him to the Interlochen Arts Academy in Michigan; the University of Miami in Florida; and Rice University in Houston, where he studied conducting with Larry Rachleff. Măcelaru also took masterclasses at the Tanglewood Music Center and the Aspen Music Festival with David Zinman, Rafael Frühbeck de Burgos, Oliver Knussen, and Stefan Asbury.

In the 2021/22 season Klaus Mäkelä appears as a Portrait Artist at the Wiener Konzerthaus and guest conducts the Chicago Symphony, Cleveland Orchestra, San Francisco Symphony, Royal Concertgebouworkest, London Philharmonic, Symphonieorchester des Bayerischen Rundfunks and Münchner Philharmoniker. In summer 2022 he makes his first appearance at the BBC Proms with the Oslo Philharmonic and returns to the Verbier Festival to conduct the Verbier Festival orchestras as well as perform as a chamber musician

Mäkelä studied at the Sibelius Academy with Jorma Panula and perfected his artistry on the cello with Marko Ylönen, Timo Hanhinen, and Hannu Kiiski. As a soloist, Mäkelä has performed with several Finnish orchestras and as a chamber musician with members of the Oslo Philharmonic, Symphonieorchester des Bayerischen Rundfunks, and Orchestre Philharmonique de Radio France.

Finally, as an exclusive artist of Decca Classics, Mäkelä joined forces with the Oslo Philharmonic to record Sibelius' complete cycle of symphonies. The collection will be published this year. 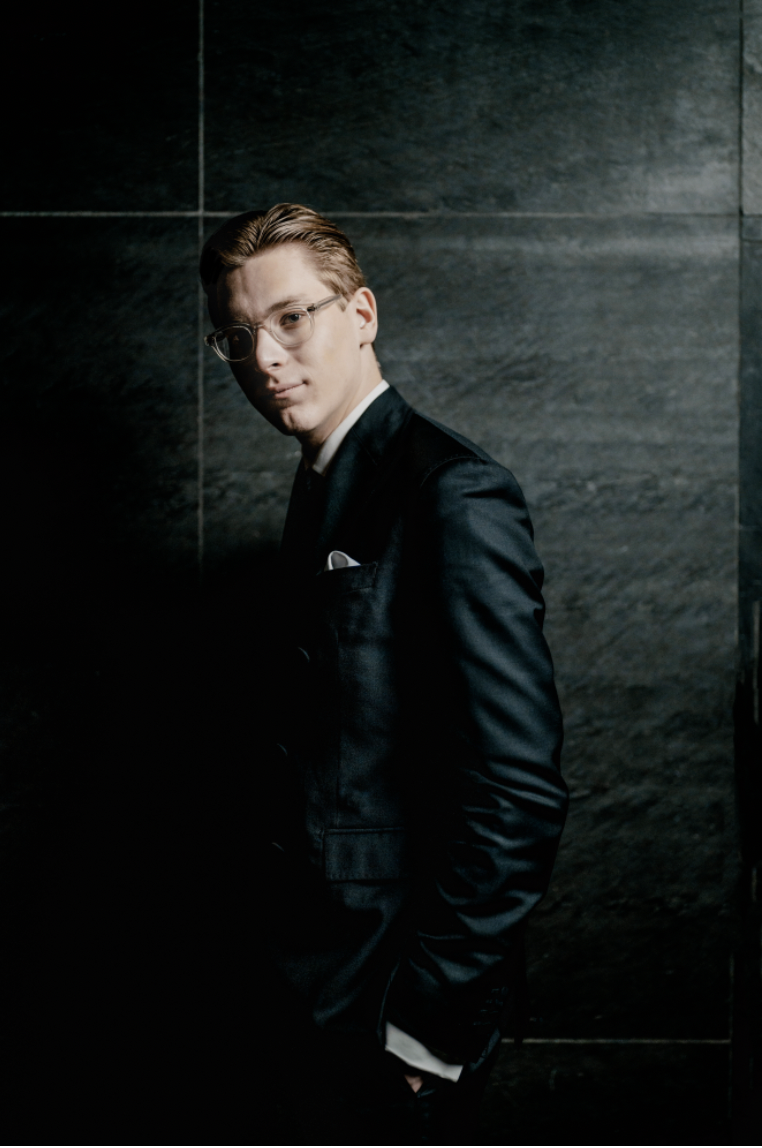 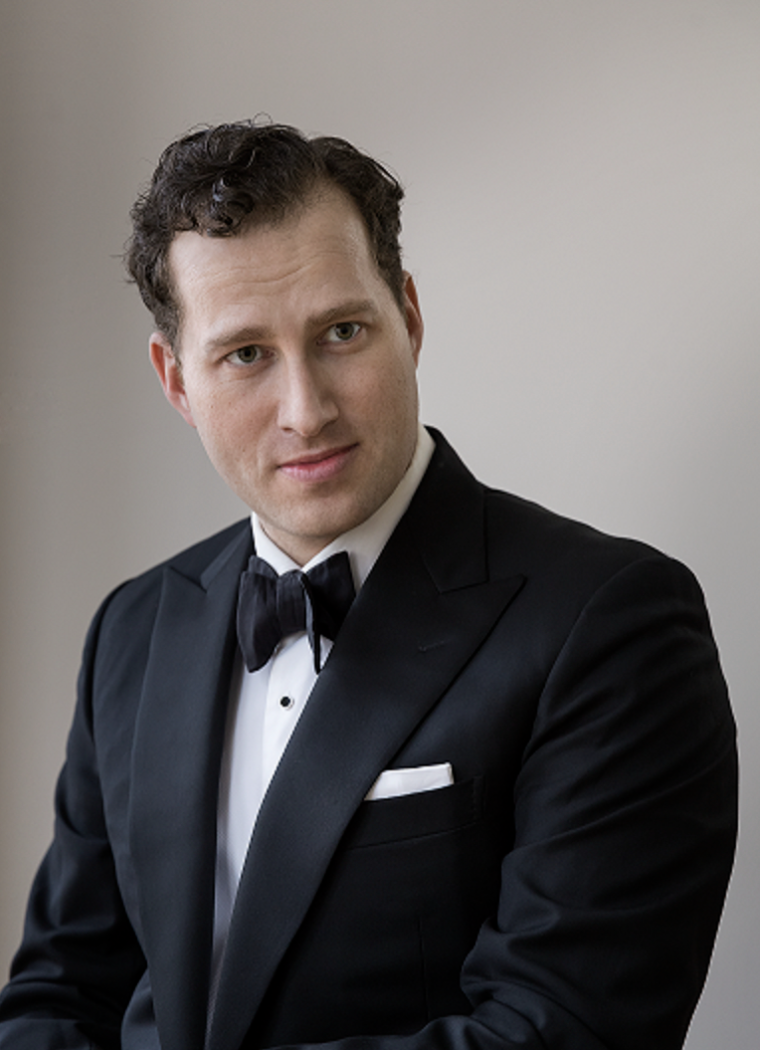 Conductor and violinist Nikolaj Szeps-Znaider has just begun his first season as music director for the Orchestre National de Lyon. He is a regular guest conductor with some of the world's leading orchestras, including the Chicago Symphony, the Cleveland Orchestra, the Orchestre Symphonique de Montréal, the Bamberg Symphony, and the Royal Philharmonic Orchestra in Stockholm.

As a virtuoso world violinist, Szeps-Znaider maintains a busy calendar of concerts and chamber music. In the 2019-2020 season, he appeared as a soloist with the Vienna Symphony Orchestra, Orchestre National de France, and Konzerthausorcheter Berlin, as well as performing all of Beethoven's Violin Sonatas with Rudolf Buchbinder in the Viennese Music Association, also known as The Musikverein.

Szeps-Znaider is passionate about supporting the next generation of musical talent. He serves as president of the Carl Nielsen International Competition, which takes place every three years in Odense, Denmark. He plays on “Kreisler” Guarnerius “del Gesu” 1741, lent to him by the Royal Theater, and with support from the VELUX FOUNDATION, the VILLUM FOUNDATION, and the Knud Højgaard Foundation.

French conductor Pierre Bleuse is fast becoming one of the most exciting and sought-after conductors in the world. He was appointed chief conductor of the Odense Symphony Orchestra in September 2021, and also named the new artistic director of the famous Pablo Casals Festival in Prades (France). Bleuse has performed with orchestras such as Orchestre de Paris, Orchestre National de France, Tokyo Symphony Orchestra, China National Symphony Orchestra, and Royal Stockholm Philharmonic. He works regularly with the most in-demand international soloists such as Sol Gabetta, Nicholas Angelich, Bertrand Chamayou, Emmanuel Pahud, and Renaud and Gautier Capuçon.

Bleuse studied with conductor Jorma Panula in Finland and Laurent Gay at the Haute École de Genève. Originally trained as a violinist, Bleuse served as concertmaster and assistant conductor of the Toulouse Chamber Orchestra (2000-2010) and was a member of the Satie Quartet. 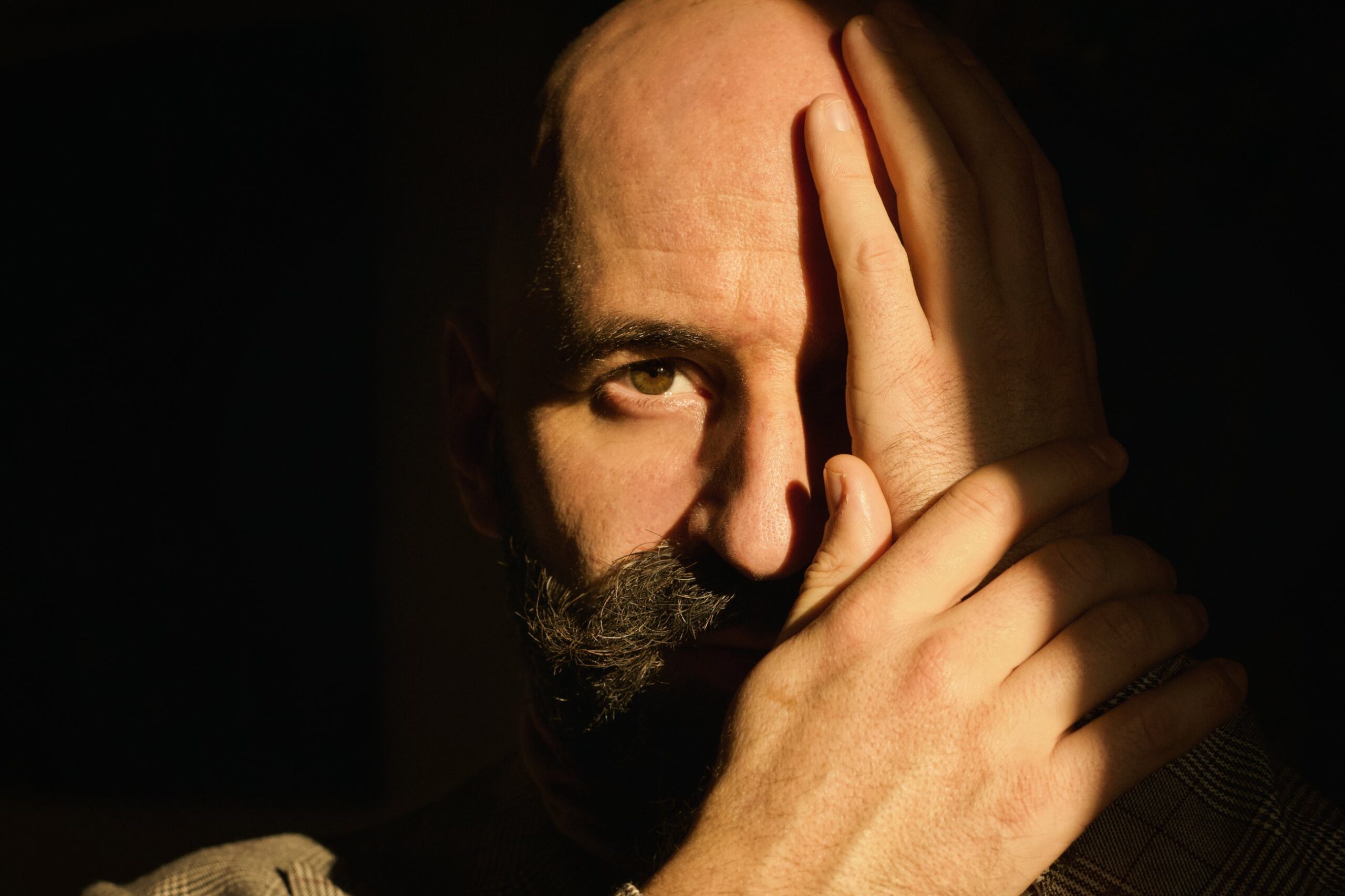 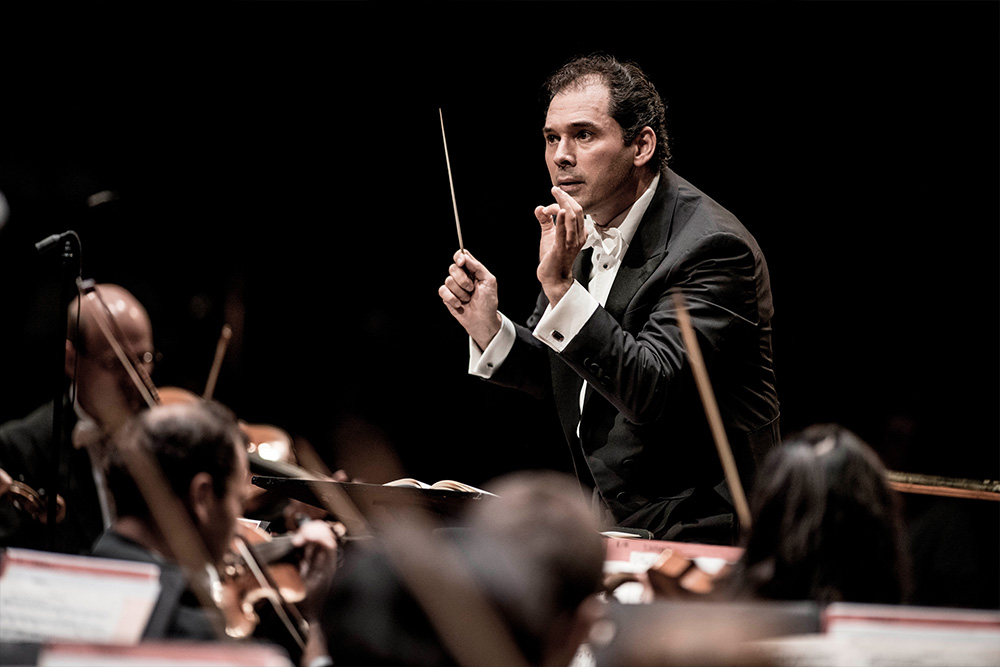 Internationally acclaimed conductor Tugan Sokhiev divides his time between the symphonic repertoire and opera. He was musical director of the Orchestre National du Capitole de Toulouse from 2008-2022 and the prestigious Bolshoi Theater in Moscow from 2014-2022.

Appointed music director of the Orchestre National du Capitole de Toulouse in 2008, Sokhiev has spearheaded several successful concert seasons and a notable number of tours abroad which made significant contributions to the orchestra's international reputation.

Since 2014, he has also served as music director and chief conductor of the Bolshoi Theater in Moscow. Sokhiev is passionate about his work with singers and has conducted numerous operas, including performances at the Metropolitan Opera in New York.

Sokhiev regularly guest conducts some of the world's most prominent orchestras, including the Amsterdam Concertgebouw Orchestra; the Wiener Philharmonikerne; the Berlinerphilharmonikerne; the symphony orchestras of Boston, Chicago, and New York; the Accademia Nazionale di Santa Cecilia in Rome; and many more.

On 29 August, Tugan Sokhiev will be appearing at the Carl Nielsen Festival to conduct a 19:30 performance of the Philharmonia Orchestra.